Go back to the home page 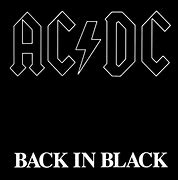 Also, this is just my opinion. Don't go hating on me just for my opinion on this album.